In the lead-up to the 15th meeting of the UN Convention on Biological Diversity (COP15) in Montreal, Canada, the RSK Group – with a family of more than 150 environmental, engineering, and technical services businesses – hopes to raise awareness of the urgent need for biodiversity protection to be embedded in business decision-making.

Undertaken by Nature Positive, a specialist consultancy under the RSK Group that enables businesses to understand their specific link to nature, the report consists of an analysis supported by six interviews with sustainability experts in the region. The interviews included several conducted by the Thailand Development Research Institute (TDRI), with whom Nature Positive partnered to gain further insight into Asia. The report methodology involved a review of publicly available sources such as website content and annual reports relating to 192 companies listed on the Japanese, Thai, Hong Kong and Singapore stock exchanges.

Key findings of the report include:

● 52% of companies either did not mention biodiversity in their public materials or are just using it as a passing mention.

● 77% of companies reviewed on the Japanese stock exchange highlighted biodiversity as a material issue and were given the top rating, compared to 33% in Singapore, 30% in Hong Kong and 28% in Thailand.

● Of 80 companies reviewed that were found to highlight biodiversity as a material issue, only 36 companies (45%) display active conservation or restoration activities. Although this figure is encouraging, companies cannot be sure that these activities sufficiently offset their impacts due to the absence of baseline assessments.

● Sectors with more obvious direct interactions or dependencies with the natural world – such as consumer staples, energy and materials – were more likely
to discuss biodiversity, with 50% or more of companies in these sectors recognising biodiversity as a material issue. Sectors with fewer direct impacts, such as healthcare and IT/communication services, were less likely to do so.

“The report seeks to answer a pressing question - whether the largest companies in Asia are taking sufficient action on their biodiversity impacts. While it is encouraging to see companies talking about biodiversity, the extent to which this drives meaningful change is questionable. There is still a lack of understanding of the link between business operations and biodiversity impacts,” said Dr Stephanie Wray, Managing Director of Nature Positive.

Dr Wray added, “As a first step, organisations should undertake a biodiversity audit to understand how they rely on and impact nature. Setting targets for the restoration of biodiversity would be an obvious sign of intent for Asian companies to start addressing their impacts. It’s encouraging that ten organisations in our report have done so and, hopefully, others will follow suit.”

Asia is home to a broad array of biodiversity and is a habitat for some of the most iconic species in the world. But it is also the largest and fastest-growing economic bloc globally, which is a driving factor in devastating biodiversity loss.

The main causes of biodiversity loss include direct habitat degradation or loss through land use; over-exploitation of species through direct harvesting from nature or its indirect effects; and climate change and pollution of land, water or air, including through the release of excess nutrients.

Protecting biodiversity is crucial because it supports the interactions between species known as ecosystems. Healthy ecosystems clean our water, purify our air, maintain our soil, regulate the climate and recycle nutrients – providing the raw materials for everything from goods to medicines and so much more, making them critical for business success. Asia’s nature is central to delivering solutions to net zero climate goals - these are considered unachievable without ending deforestation within the decade and protecting marine life, which scientists estimate absorbs up to 30% of global carbon. The region is vulnerable because of the critical role that healthy natural habitats play in providing resilience for communities as they adapt to the impacts of climate change.

The report points out that addressing biodiversity makes business sense, given the increasing pressure on businesses to alleviate and reverse biodiversity loss. If companies fail to respond, they risk losing consumers and investors through reputation damage which could affect profits and viability. Adopting a nature-positive framework enhances the attractiveness of a business, particularly to ecologically aware consumers, jobseekers and investors.

“Understanding the impacts and dependencies on nature, and reversing nature loss, is especially important for businesses in Asia. We must disband the idea that there is a difference between financial and non-financial value. Capital allocation models need to enable sustainable development, with capital markets properly valuing inclusive, impactful, sustainable business practices and rewarding the most sustainable companies,” said Joe Phelan, Executive Director, Asia Pacific, World Business Council for Sustainable Development.

Although this report focuses on Asian companies, it is not just companies in this region struggling with their actions. A report published by Nature Positive last year on FTSE100 companies in the UK found only 64% of listed companies were addressing biodiversity issues while over one-third did not even reference biodiversity. 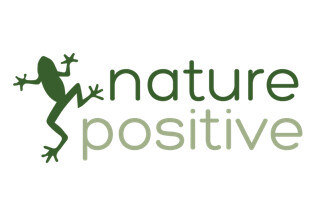 About Nature Positive and the RSK Group
RSK (

www.rskgroup.com) is a global leader in the delivery of sustainable solutions. Its family of more than 150 environmental, engineering, and technical services businesses and 10,000 employees, work together to provide practical solutions to some of the greatest challenges societies have ever faced.

The company operates in most sectors of the economy, including many of those most critical to future global sustainability such as water, energy, food and drink, infrastructure, urban development, mining, and waste. With its integrated offering across research and development, consultancy, and on-the-ground application RSK can deliver a complete solution that is unrivalled in the market.

The company is certified to the ISO 9001, ISO 14001 and ISO 45001 international standards for quality, environmental management and health and safety management.

About the report
A total of 192 companies were reviewed across the Japanese (48), Thai (50), Singapore (30) and Hong Kong (64) stock exchanges using information from publicly available sources to determine how many companies are referencing biodiversity, where biodiversity features in materiality assessments and the efforts taken to identify and address biodiversity impacts.

The analysis is supplemented by six interviews with sustainability experts in the region, including several conducted by the Thailand Development Research Institute (TDRI), with whom Nature Positive partnered to gain further insight into the region. Interviewees represented a broad range of organisations, including a global conservation partnership, a built and natural asset consultancy, a water services company, a stock exchange, a conglomerate and an oil and gas company. The interviews provided context to the findings of the desk-based research and gave greater insight into the progress made and challenges faced by organisations as they seek to manage their biodiversity impacts.