The quality of a smartphone's signal is determined by its antenna, and its positioning within the phone itself. In 2020, OPPO released a groundbreaking 360-degree Antenna Design in Reno 3： where the antenna is arranged along the outer frame of Reno 3's frame, allowing a better signal regardless of whether it was held horizontally or vertically.


This was particularly important for gamers, as many AAA smartphone titles are played horizontally to maximize the use of the screen. In regular phones without such a novel solution, gamers may suffer from poor signal, slower speeds and lag, giving them a noticeable competitive disadvantage.

But sometimes, users may still experience dropped connections, low signal, and lag while they are on their phones in challenging environments like parking lots or trains. In those challenging environments, the Power Amplifier (PA) plays a critical role in amplifying a smartphone's signal enough to provide users with a strong and stable connection.

Most phones only have one PA for a corresponding frequency band, and it's up to this single PA to choose the most suitable of four antennas in a phone to receive the signal. The flaw in this design is that there is a large burden placed on the PA itself, in addition to a delay. That's because it takes time for the PA to decide which of a phone's four antennas is best when gamers change grip from horizontal to vertical.


In order to combat this issue, OPPO's engineers worked on a solution that expertly blends software and hardware to improve the layout of the antennas, as well as including not one, but two PA components. After a year of engineering, the Dual PA Four-way Connection System was first launched in OPPO Find X5 Pro, positioning it well ahead of any competition.


This innovative system is driven by a crucial component which is developed by OPPO Research Institute - Fast Matching Algorithm. It enables the phone to select the PA that's most suitable for sending and receiving signals at any given time automatically. Not only does this massively increase the efficiency of the PA system itself, but their location also corresponds closely to their respective antenna bands, improving both the quality of the signal, as well as power consumption.

OPPO has always placed importance on quality communication, and this was cemented further by establishing a communication standards team in 2015. More recently, OPPO has spent the past few years actively promoting the development and adoption of 5G around the world, in addition to submitting 5G communication standard patents in more than 30 countries and regions around the world. In fact, in 2021, OPPO became one of the top ten companies in the world for holding one of the highest numbers of 5G-specific patents.

Despite its world-leading innovation with Reno 5G and Find X3 Pro (the first commercial 5G-supporting and 5G-standalone handsets in Europe), along with, of course, Find X5 Pro, OPPO remains committed to more research and innovation to push industry boundaries to provide the best possible experience for its users. From working with chip suppliers to refine and optimize chips' capability, to exploring new antenna solutions, partnerships and new possibilities beyond 5G, OPPO's quest for excellence is always on-going. 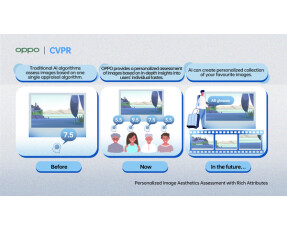 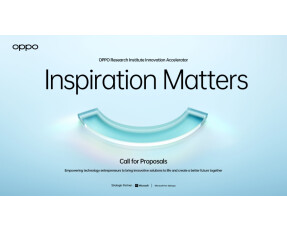