HANOI, VIETNAM - Media OutReach - 19 October 2022 - South Korea has been, is, and will be the leading investor in Vietnam. The two parties can cooperate to achieve "Dual Goals" of US$100 billion in bilateral trade and total investment in the near future, said Do Nhat Hoang, Director of the Foreign Investment Agency under the Ministry of Planning and Investment (MPI).


In his speech at the forum on "Promoting investment flows from South Korea to Vietnam" hosted by the Vietnam News Agency's Việt Nam News on October 18, marking 30 years since the establishment of diplomatic relations between the two countries, Hoang praised the effective contributions of South Korean enterprises to the socio-economic development of Vietnam.

In particular, the country has seen a shift in capital flows from South Korean investors in basic manufacturing processes to high-tech industries, energy, banking, financial and high-quality services, and M&A over the past year.

Hoang said he believes that South Korea will maintain its position as Việt Nam's leading source of foreign investment. "In the next one to two years, the two countries can fully realise the "Dual Goals", which aim at the milestone of US$100 billion each in bilateral trade turnover and total accumulated investment," said Hoang.

Currently, many South Korean enterprises are making effective investments in the country.

The latest data from the Ministry of Planning and Investment (MPI) shows that the accumulated registered FDI capital from South Korea from 1988 to September 2022 reached more than US$80.5 billion with more than 9,400 operating projects.

In the first nine months of 2022, South Korea ranked second among 97 countries and territories investing in Vietnam with 290 projects, worth over $3.8 billion.

Bae Yong Geun, vice president of the Korean Chamber of Business in Việt Nam (KOCHAM), said that Vietnam, the "epicentre" of the South Korean wave in Southeast Asia, is an important destination, and the countries have experienced the strongest cooperation in the world.

At the event, Yoon Chang Woo, General Director of POSCO Vietnam, an enterprise with more than 30 years of investment in Vietnam, said that thanks to the support from the Government, the company was able to overcome difficulties during the COVID-19 pandemic.

The province has a geo-strategic location in terms of economy and politics; abundant natural resources; the current socio-economic infrastructure connection system; labour and human resources; the largest area of industrial parks and economic zones in the country; abundant energy resources; business investment environment and administrative reform; and a safe, friendly, attractive destination.

Entering Vietnam in 1997, DEEP C has been operating in the field of industrial park complex development. Striving for a greener standard to be different and providing a sustainable and reliable investment location for customers is the goal of DEEP C.


(Scan the QR code with your mobile device to get more information about the event). 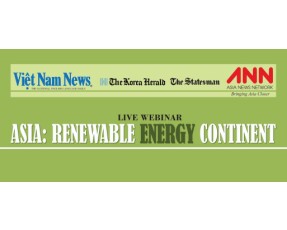 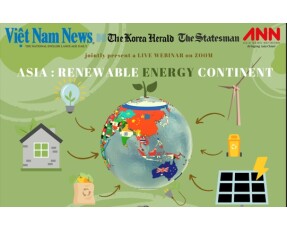