SINGAPORE - Media OutReach - 12 September 2022 - Oasys, an environmentally-friendly, gaming-optimised Proof-of-Stake blockchain built for gamers by gamers, today announced that Square Enix, a global entertainment conglomerate, has joined its project as the final of 21 initial node validators on its platform.


As part of this initiative, Square Enix and Oasys will explore the feasibility of harnessing user contributions in the development of new games on the Oasys blockchain.

Square Enix is one of the most established integrated entertainment companies in the world and is the publisher behind many iconic video game franchises.

Square Enix has announced earlier in the year that a major strategic theme for the company going forward would be to explore the development of decentralised games, with tokenised economies built on the blockchain, launching its own Blockchain Entertainment Business division in April 2022.

Yosuke Saito, Director, Square Enix Blockchain Entertainment Division, said: “We are excited to join the Oasys team and others in the gaming community on this project. Our shared enthusiasm for Web3 gaming makes this an exciting partnership for us and we look forward to gaining insights that can advance the creation of all-new gameplay experiences for gamers across the globe.”

Daiki Moriyama, Director, Oasys, said: “To partner with a respected and ambitious gaming company such as Square Enix, helps us to accelerate our collective mission to bring blockchain gaming to the masses. With our partnership, we will be able to truly bring new experiences and empower gaming fans from all backgrounds while helping to establish the next stage of growth for blockchain entertainment.”

Square Enix is the latest and last major gaming publisher to join Oasys’ blockchain, which already enjoys strong institutional backing from other initial validators including the likes of Bandai Namco Research, SEGA, Ubisoft, Netmarble, WeMade, Com2uS and Yield Guild Games. With the support of both traditional and crypto-native gaming partners in the industry, Oasys will continue to focus on building better experiences and shaping the future of blockchain gaming.

More information on Square Enix Co., Ltd. can be found at

About Oasys
Led by a team of blockchain experts and joining forces with the biggest gaming company names to serve as the initial validators, Oasys is revolutionising the gaming industry with its EVM compatible and Proof-of-Stake (PoS) based eco-friendly blockchain. With a focus on creating an ecosystem for gamers and developers to distribute and develop blockchain-based games, Oasys solves the problems game developers face when building games on the blockchain. The trifecta approach of the fastest network powered by the gaming community, a scalable network powered by AAA game developers, and the blockchain offering the best user experience with fast transactions and free gas fees for users, readies participants to enter the Oasys and play. 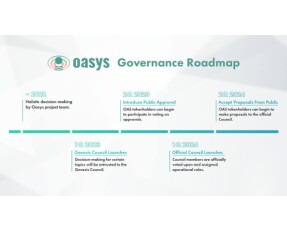 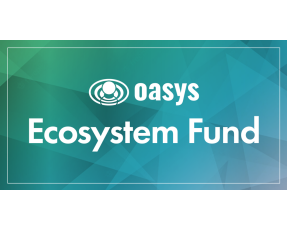