Swiss-Hong Kong watchmaker Solvil et Titus has announced their latest limited-edition timepiece collaboration with the 《ONE PIECE》 manga and media franchise. Comprising 3 uniquely designed watches, the collection is launching in Singapore on 1 September 2022.

The collection will be available in Solvil et Titus stores in Singapore for a limited time only, while stocks last.

Channeling the power of friendship and passion through timepieces

The timepieces in the collection are《ONE PIECE》themed reimaginations of Solvil et Titus' Saber and Aspira models that honour the richness and imagination of the franchise's character designs. Each timepiece also bears its limited edition number on the back of the watch.

The "Luffy" Limited Edition Watch bears a silhouette of Luffy's Straw Hat Crew's camouflage pattern on its back sunray dial as well as a matching engraving of the full crew on the watch case.

Smaller details such as Luffy's chest scar, skull icon, and his famous quotes "I'm gonna be the king of the pirates!" are also included across the watch as a tribute to one of the most enduring manga characters to date.

References to《ONE PIECE FILM RED》 are also included such as an engraving of Luffy's quote「ちがう！おれが183連勝中だ！！」 (No! I'm on a winning streak of 183 games!) and the film's logo on the glass case back.

The rose gold watch's two-tone red and white aluminum bezel design is inspired by Uta's red and white hair, and is decorated with music notes as a nod to Uta's extraordinary singing abilities.

The pink sunray dial is also inspired by Uta's performance in the movie and features her dancing silhouette at the 12 o'clock position. The 3 chronograph counters on the dial are also with Uta's signature rainbow-coloured cuffs and music notes.

Uta's quote in the movie: 「ねぇルフィ、海賊やめなよ」(Luffy, don't be a pirate anymore) is engraved on the back of the watch.

The "Shanks" Limited Edition Watch is the final watch in this timepiece collection and features the character "Shanks" from《ONE PIECE FILM RED》. Unlike the other 2 watches that have a stainless steel strap, this watch is fitted with a burgundy leather strap laser-etched with the silhouette of Shanks and Uta.

Whether you are a fan of 《ONE PIECE》or simply an enthusiast of limited edition timepieces, these watches are a suitable addition to any memorabilia collection.

Each timepiece from this collection comes with an exclusive 《ONE PIECE FILM RED》watch box and other limited edition merchandise including a laser card certificate of authenticity, watch cloth, and tote bag. Supply of collaboration merchandise is limited while stocks last.

Solvil et Titus will also be holding a giveaway between 1 to 14 September in honour of the collection and movie launch. A total of 25 winners will stand a chance to win an exclusive limited edition One Piece Red Film Tote Bag & Watch Cloth. 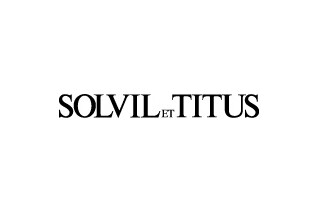 About Solvil et Titus
The brand Solvil et Titus was born in 1887 when Paul Ditisheim (1868-1945), an extremely prominent figure in the Swiss watch industry of his time, named one of the initial models he created. Solvil, an abbreviation of Sonvilier, is the Jura village in which a factory for making watch components stood and Titus was a highly talented and skilled Roman Emperor of the first century.

The well-known watchmaker and inventor was extremely successful in researching and manufacturing chronometers, which hold records for precision as deemed by the prestigious international trials carried out by the Royal Observatories of Kew-Teddington and Neuchâtel. His products ranged greatly from navigational-purposed watches to chronometers with automatic display of sunrise and sunset time to the minute each day; from watches with perpetual calendars to ones that could strike and incorporated chimes, from chronometers with equations of time to many others with many complicated features.

After World War Two, the mass market demand took over the demand for exclusive articles, and Solvil et Titus also expanded its geographic footprint and production capabilities. In the 70s, Solvil et Titus was made available in the Asian market.

Solvil et Titus launched a series of romantic TV commercials in Hong Kong since late 80s, starring superstars including Anita Mui, Dave Wang Chieh, Chow Yun Fat and Andy Lau as well as world-renowned footballer Ryan Giggs. Promoting a watch line based on the theme of antiquity, the campaign was so successful that sales of Solvil et Titus watches skyrocketed and the brand has become a symbol of love and romantic expression. From classic advertising slogan "天長地久" (translated as "Love lost is perhaps the love that remains with you for all time") to today's "Time Is love", the romantic nature of Solvil et Titus has never changed.

In recent years, Solvil et Titus is continuously diversifying its product range. Following the launch of sunglasses, 925 sterling silver jewelry and small, trendy accessories, the brand has also embarked on a new collaboration with the Japanese brand Kanmi to launch handmade leather bags and accessories of simple and chic design. More than a watch brand, Solvil et Titus is now a name for multi-faceted, contemporary and romantic fashion items.