This partnership will further expand the Dreamline telecommunications business and is the first step for Gaw Capital to tap into the Korea IDC market. Gaw Capital will continue to seek additional opportunities in South Korea, where IDC demand has been growing due to the government's policy of moving into cloud computing.

Established in 1997, Dreamline has a long history of operating businesses in the ICT field based on the technology and expertise it has accumulated over the past 20 years. The company operates a nationwide optical fiber network providing high speed leased lines to enterprise and hyperscale customers as well as data center services via its subsidiary Dreammark1.

Established in 2016, Dreammark1 is an internet data center (IDC) operator based in Seoul, South Korea, that owns a data center in Guro, Seoul with a capacity of over 1,200 racks and power supply of 10MW. Having established a unique market position as one of the top-tier carrier-neutral IDC operators in Korea, Dreammark1 is independent from the major carrier providers in the country hence its clients are provided a wide selection of network services. Facilities of Dreammark1 are protected by a dual-source electricity supply system and earthquake-resistant design that ensures data protection in addition to superior capabilities to provide uninterrupted services to its clients. Dreammark1 currently has a number of blue-chip tenants that are attracted by Dreammark1's exceptional service quality. Dreammark1 is also an investor in the upcoming Jukjeon Data Center project. Located in the eastern part of Seoul metropolitan area, Jukjeon Data Center is close to the Pangyo Techno Valley, a technology hub known as South Korea's Silicon Valley.

Kok Chye Ong, Managing Director – Head of IDC Platform, Asia (Ex-China) of Gaw Capital Partners, said, "We are delighted to have seized on this favorable investment in South Korea, which brings significant strategic value to our pan-Asia IDC platform. The surging demand for data centers in Asia Pacific continues to grow due to increased Internet usage driven by the pandemic, and we are committed to the principles of sustainable development of such centers through the application of ESG initiatives such as appropriate construction waste management, and renewable power sources exploration, that will further enhance our competitiveness in the data center sector. Gaw Capital will continue to look for new investment opportunities and partnerships in South Korea."

Gaw Capital Partners was named 'Alternatives Investor of the Year: Asia' at the PERE Awards 2021 after receiving the largest number of votes in a public ballot of the real estate industry. In recent years, IDC has been a focus sector for Gaw Capital Partners as the data center industry is one of the cornerstones of the digital economy, which is growing rapidly with broad prospects. The firm was also highlighted for launching two data center platforms in China and one in pan-Asia. In September 2020, the firm closed fundraising for its first IDC platform, which invested in a portfolio of projects in partnership with IDC developers and operators in China, bringing the total equity raised to approximately US$1.3 billion with the aim to build "green, efficient, innovative and recyclable" data center clusters. 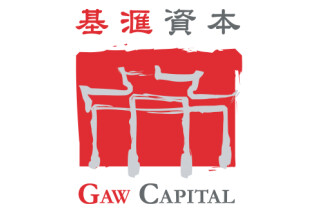 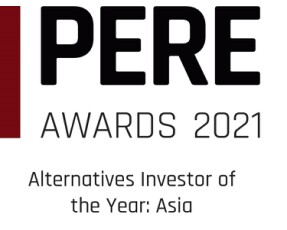 Gaw Capital Partners Recognized as ‘Alternatives Investor of the Year: Asia’ at the PERE Awards 2021 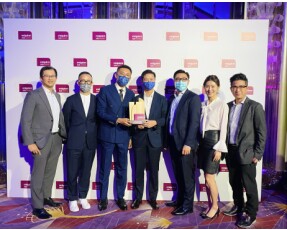