Themed 'Making the Energy of Tomorrow Possible', the 2-day virtual event held from March 28 to 29, 2022 saw more than 2,000 participants actively engage in the discussions, opinion polls and questions. Over the two days, participants were surveyed on the importance of major energy priorities and the progress made towards the energy transition.

The Asia Pacific Energy Transition Readiness Index is derived using an aggregate of participants' response to each of 11 pre-determined key energy priorities. The study yielded valuable data and insights, which will be used to enhance key strategies for the energy transition in the region. It is the first of a series of studies which will be conducted in different regions globally.

The survey of conference participants revealed a significant gap between perception and reality when it came to carbon emissions.

Between 2005 and 2020, regional carbon emissions grew by around 50 percent, yet participants believed they had fallen by almost a third. The participants also anticipated that 2030 emission levels would be 39 percent lower than in 2005.

Further analysis of the survey data found that the Asia-Pacific region had a score of 25 percent on the Readiness Index, which indicates how far a region is along its energy transition path.

"While we have seen successful decarbonization in a number of areas, strong economic growth is counteracting this progress, resulting in a net increase in overall emissions. With the Asia Pacific region responsible for more than half of the world's CO2 emissions, global climate efforts must clearly involve Asia Pacific more in the future. Maintaining economic growth and prosperity while simultaneously reducing emissions in the medium and long term needs to be the top priority for the region," said Christian Bruch, President and CEO of Siemens Energy AG.

While participants agreed unanimously that each of the energy priorities have an important role to play in the region, the accelerated expansion of renewables and the decarbonization of industry were considered the most important factors. When asked about their views of the progress made on these energy priorities, many participants highlighted that much remains to be done, with many of the priorities still in the planning phase. The most progress was reported in power generation, with more than 80% of participants saying that the acceleration of renewables is at least in the planning phase, with around a third already at implementation. Almost two-thirds of respondents reported a similar level of progress for coal exit strategies.

Policy changes required to drive progress on almost every priority

Five factors were identified as areas that require development to drive progress along the energy transition: Funding; Know-how; Technology; Policy; and Supply Chain. Overall, participants see policy as the most important factor in almost every priority. Funding also emerged as a substantial need for most priorities. The need for additional know-how varies but is highest for new technologies such as carbon capture and storage (CCS) and power-to-X solutions. 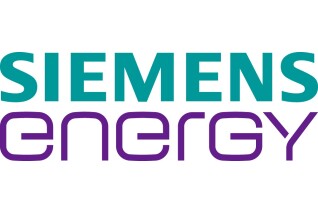 About Siemens Energy
Siemens Energy is one of the world's leading energy technology companies. The company works with its customers and partners on energy systems for the future, thus supporting the transition to a more sustainable world. With its portfolio of products, solutions and services, Siemens Energy covers almost the entire energy value chain – from power generation and transmission to storage. The portfolio includes conventional and renewable energy technology,
such as gas and steam turbines, hybrid power plants operated with hydrogen, and power generators and transformers. More than 50 percent of the portfolio has already been decarbonized. A majority stake in the listed company Siemens Gamesa Renewable Energy (SGRE) makes Siemens Energy a global market leader for renewable energies. An estimated one-sixth of the electricity generated worldwide is based on technologies from Siemens Energy. Siemens Energy employs more than 90,000 people worldwide in more than 90 countries and generated revenue of around €27.5 billion
in fiscal year 2020.

Roland Berger is the only strategy consultancy of European origin with a strong international presence. As an independent firm owned exclusively by our partners, we have 50 offices with a presence in all major markets. Our 2,400 employees are characterized by a unique combination of analytical thinking and an empathetic mindset. Driven by our values of entrepreneurial spirit, excellence, and empathy, we are convinced that business and society need a new, sustainable paradigm that focuses on the whole value-creation cycle. By working in interdisciplinary teams across all relevant sectors and business functions, Roland Berger offers the best expertise worldwide for successfully overcoming the profound challenges of our age now and in the future. 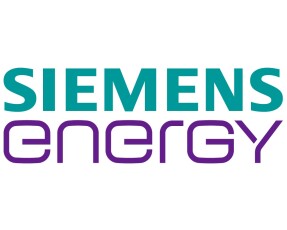