SYDNEY, AUSTRALIA - News Direct - 13 September 2021 - Song Zu, the most awarded music and sound design company in the Australia and Asia Pacific region, announced today their involvement in the 2022 Nissan Z launch. Song Zu handled the sound design, composition and licencing, while creative and production was by the Spinifex Group, for the two films produced to showcase the new model in North America.

Motor enthusiasts around the world had been eagerly awaiting the launch of the seventh generation Nissan Z for months. However, due to challenges brought on by the pandemic, no large-scale unveiling could take place to reveal the car. Instead, two films were created to demonstrate the vehicle's capabilities with Song Zu's own former professional race car driver turned Sound Designer Simon Kane tasked with crafting a sound that accurately represents the sound of the car driving through suburban and urban streets.

"My approach was to bring to life the two personalities in the Nissan Z Escape spot; a car that you can drive to the shops or on the race track," said Simon Kane, Head of Sound at Song Zu. "I used softer sounds during the slower suburban scenes with the yellow car to make it feel more sophisticated, but at the same time playing Lindsay Jehan's (Song Zu Composer) music underneath to invoke an edginess that is telling you - there's more than meets the eye. With the blue car, I used harsher, more aggressive engine sounds, cinematic impacts and fast cuts that let you know just how intense this car can be."

Since the Nissan Z was unveiled on August 17, 2021 and the ads launched across multiple online verticals, the response from motor enthusiasts around the world has been overwhelmingly positive. The two videos can be viewed here and here.

Song Zu was acquired by Songtradr, the world's largest music licensing ecosystem, in March 2021. Song Zu works in all areas of sonic branding, including soundtracks for advertisements on TV and radio, online content, VR and installation spaces. With an unparalleled reputation for creative problem solving over the past 25 years, Song Zu continuously garners top awards including the Gold Clios, Cannes Gold Lions, London International Awards (LIA) for Best Music and Sound Design Company of the Year, and more. 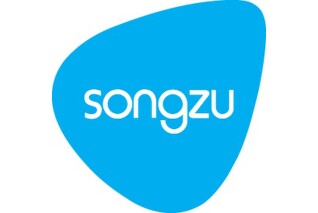 Song Zu is the most awarded music and sound design company in Australia and the Asia Pacific region, with post-production studios in Sydney and Singapore. They work in all facets of sonic branding including soundtracks for advertisements on TV and radio, online content, VR and installation spaces. Song Zu's unique position of being one of the longest standing companies of its kind is testament to their creative problem solving ability. Song Zu provides a full audio and post-production service, from music composition and sound design to voice over casting. The company has also sound supervised, scored and mixed a number of award winning TV series, documentaries and feature films.

Spinifex combines the age-old art of storytelling with tools of the digital-age. We have developed a unique style of technology infused storytelling that enables brands to connect with their most important audiences in more magical and memorable ways. Spinifex Group is a creative studio, experiential digital agency, and content production company all rolled into one. Not only do we come up with great ideas, we bring them to life too. And, the agency does it all in-house across our four global studios.

Our rare breed of original thinkers includes some of the finest creatives, directors, artists, animators, technologists, developers, producers and technicians from around the world. We have been exposed to vast and varied challenges over the past 30 years delivering powerful experiences on some of the world's biggest stages. We've honed our skills across countless events, exhibitions, festivals, shows and product launches creating rich content experiences that range from record breaking in scale to 6" screens. While these formats constantly evolve, our overarching objective has remained unchanged... to create experiences that are engaging, memorable and relevant, but most importantly, which connect at an emotional level.