In Partnership With DHARMA, The Startup Bringing The Passion Economy To The Travel Space 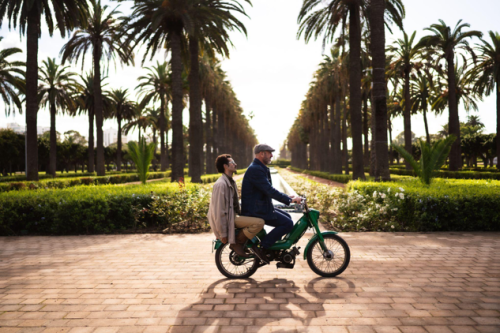 Looking FC by Eric Cantona. The most passionate football trips on earth.

"I love the kind of football that makes your heart pound and the stadium shake. Our idea was to create the most passionate football trips on earth, with charisma and soul. Everything today is optimised for price - we wanted to optimise for passion." Eric Cantona said.

Based on the Looking For documentary series produced by Cantona and his brothers (Canto Bros Production), each 4-day trip is uniquely crafted by Cantona himself. The trips all culminate with a Game Day experience seated in the passion section of iconic stadiums for big League and Champions League matches. In the lead up to the game, the trips feature unique experiences such as fan chant workshops with superfans, street art walks with historians, and tactics briefings with leading journalists.

Eric Cantona continues: "If you are a Manchester United fan, watching a game at Old Trafford is a dream. But that's only one part of the story -  have you heard of FC United and what they stand for? Do you know the chants of Stretford End? Beyond its artistic beauty, do you know the significance of the Marcus Rashford mural to the local community? This is the essence of football, whether you are in Liverpool, Buenos Aires, or Casablanca. These trips are for those who still believe in passion and want to go deeper into their love of football."

Manchester (United), Buenos Aires (Boca), Liverpool (Liverpool), Milan (Inter), Madrid (Real Madrid), Barcelona (Barca), Paris (PSG), Lisbon (Sporting), and Casablanca (Raja) are the nine trips that will be featured this season, with thrilling fixtures on the calendar including a Liverpool v Manchester United at Anfield, a Real Madrid v FC Barcelona El Clásico at Bernabeu, and a PSG v Marseille Le Classique at the Parc des Princes. Each signature itinerary is designed for groups but is also bookable privately for friends and families.

In line with Cantona's persona, Looking FC also takes a people, planet, profit approach. It has announced a first-of-its-kind partnership with Common Goal, donating 1% of its revenue to supporting the UN's Sustainable Development Goals Initiative. Each trip is built with an emphasis on supporting local businesses and all trips are carbon offset through Thrust Carbon.

To launch Looking FC, football legend Cantona partnered with DHARMA, a disruptive travel startup that builds travel brands for the passion economy. Backed by the likes of Pernod Ricard and Loop, the global Marketing agency for Red Bull and Porsche, Dharma, an ABTA member, has previously launched travel verticals with iconic people and brands such as Equinox (New York), Bitso (Mexico City), and Culture Trip (London).

"Eric represents the authenticity and soul that 3B+ football fans crave around the world. We believe the future of travel will be driven by passion, not geography. As people re-assign their identities to online communities, the need for IRL connection with like-minded people will only grow - that is the space DHARMA's travel-brand-as-a-service model is pioneering." said Charaf El Mansouri, CEO and co-founder at DHARMA.

●      Prices start from 1,290 EUROS pp (based on 2 people sharing a room) – including all accommodation, experiences, most meals, guides, and match tickets.

Eric Cantona, known as 'King Eric' by Manchester United fans, is a French actor, director, producer, and former professional footballer. He played for Auxerre, Martigues, Marseille, Bordeaux, Montpellier, Nîmes, and Leeds United before ending his career at Manchester United, where he won four Premier League titles in five years and two League and FA Cup Doubles. He was voted greatest ever Man U player by Inside United magazine. Following his retirement from football in 1997, he took up a career in cinema. In 2009 he starred as himself in 'Looking for Eric', a film directed by Ken Loach. 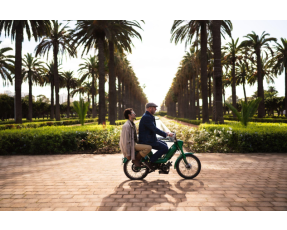 DHARMA, An Abu-Dhabi Based Startup Is Bringing The Passion Economy To The Travel Space