MANILA, PHILIPPINES - Media OutReach - 8 September 2022 - Palawan, a province in the Philippines known for its pristine beaches, clear waters, and natural wonders, is taking a step further in becoming the most sustainable island in the world.


WEnergy Global, jointly with Maharlika Clean Power Holdings and Clean Grid Partners, collectively referred to as the Maharlika Consortium, through their Special Purpose Vehicle, Archipelago Renewables Corporation, have signed a Qualified Third Party (QTP) Service Contract to energize over 7,100 households and 300 small local businesses through 16 microgrids spread over 14 barangays in seven municipalities across the service area of the Palawan Electric Cooperative (PALECO) in Palawan.

The Consortium emerged as the winner of the recently concluded QTP tender of PALECO to support its mandate for total rural electrification in the province, meeting the stringent eligibility and renewable energy smart microgrid capability requirements set by PALECO and the Department of Energy (DOE) in a competitive selection process.

It will be replicating WEnergy Global's award-winning flagship microgrid in varying sizes of microgrids, which has been providing 24/7 electricity to the households and businesses of Barangay Cabayugan, home to the Puerto Princesa Underground River, a UNESCO World Heritage Site and one of the New7Wonders of Nature.

"This tender is unique for the Philippines. It is the first time in history that smart and clean microgrids have been packaged for a competitive selection process. It clearly demonstrates the urgency with which DOE, NEA and PALECO are enabling private sector engagement in rural off-grid and clean electrification. The Philippines still has over 10 million people with unmet access to electricity. The best technology to electrify the community and boost their productivity for the best tariffs and the lowest reliance on subsidies and dependency on fossil fuels was selected. With this milestone, we can provide clean, reliable, and affordable energy to empower individuals, families, and enterprises in remote communities across Palawan," said Quintin Pastrana, President of Maharlika Clean Power Holdings, Inc.

"The Consortium Partners were selected by PALECO through our Bids and Awards Committee and approved by our Board of Directors, because of their high-quality proposal, compliance, responsible ownership of off-grid power infrastructure, and excellence in planning, design, engineering, and technology selection, which are commercially viable and with the highest levels of social impact. They have also met the highest standards of clean power supply, transmission, distribution, and smart billing and collection services provided to households and businesses to support our mandate of total rural electrification in Palawan," said Jeffrey Y. Tan-Endriga, Chairman of PALECO.

Southeast Asia's energy demand is among the highest in the world, growing by as much as 80% in the last two decades. It remains heavily reliant on fossil fuels, with coal, diesel and natural gas supplying 75% of the region's electricity. However, approximately 100 million residents in the region still do not have access to electricity.

While the Association of Southeast Asian Nations has an articulated target of 23% renewable energy in its total primary energy supply by 2025, the region must overcome funding challenges, including limited private sector funding.

"Investors need to consider financing smart microgrids and build the right capacity within their institutions to understand such new types of infrastructure. Right now they don't, hence they stay away and go back to business as usual. This includes IFC, ADB, FMO and commercial banks. A few local banks are working on such deals and they take a constructive and learning approach, which is essential. Because, Not only do microgrids facilitate access to electricity of rural communities, they also enable genuine sustainable development and resilience at the community level. The microgrids that we develop can be easily scaled and replicated," stated Atem Ramsundersingh, CEO and Board Director of WEnergy Global. "Considering the unmet need across Southeast Asia, most especially in archipelagic countries such as the Philippines and Indonesia, private sector financing must be mobilized to meet the region's SDGs beyond the level of just renaming existing old funds to be 'ESG grade'."

Powering rural communities through smart microgrids also makes financial sense for the Philippine government, especially at a time of volatility and uncertainty.

"The renewable energy in the grid mix is helping the government save PHP 7 million of subsidies from the Missionary Electrification Fund every year, which, for example, in a period of 10 years would be an equivalent of electrifying 1,000 households. Compared with traditional diesel-powered systems, this infrastructure will save more than 1.1 million litres of diesel fuel being burned per year, enhancing the energy security of Palawan and Philippines in general in these times of huge market volatilities. The remarkable leaders and proud citizens of Palawan elevate the province as a leader in clean energy to affirm its recognition as a UNESCO Biosphere Reserve," added Ramsundersingh.

The total investment to be made by the Consortium is estimated at PHP 1 billion (USD 18 million) to build a distribution network, consisting of approximately 175 km of primary and secondary power lines, that is energized by 3,800 kWp solar PV, 2,000 kW diesel generators, and batteries with a total capacity of 4,200 kWh.

"A true example of decentralized electrification is powered by more than 50% solar PV energy over its lifetime. Using smart technologies and monitored in real-time through satellite communications, these systems will produce stable quality of electricity in terms of voltage, current and frequency at an affordable cost," said Fabian Weber, Director of System Design & Technologies with WEnergy Global.

"We believe in decentralized and smart microgrids because it is empowering communities with locally available renewable energy. Every family will be able to use electrical appliances and machines, including e-vehicles, and increase their income levels. Children will be able to study via online education. There will be continuity in healthcare services, including vaccinations during pandemics. Basic services such as streetlighting to increase safety and security can now be provided on a 24/7 basis. Palawan communities can now demonstrate the greenest lifestyles," said Ochi Takaki, Board Director of CleanGrid Partners.

This development also affirms initiatives being taken to achieve sustainable development in Palawan.

"This is a firm, positive step that supports the Philippines' commitment to the Sustainable Development Goals, especially Access to Affordable, Clean Energy and Climate Action. The Maharlika Consortium's investment and operations will provide a catalyst to greater business and economic activity in our beloved home province. Beyond an increase in tourism investments and arrivals, the electricity infrastructure will spur the creation of more enterprises to improve the standard of living of Palaweños and make Palawan a true model for inclusive, sustainable development" said Dennis Socrates, Governor of Palawan. 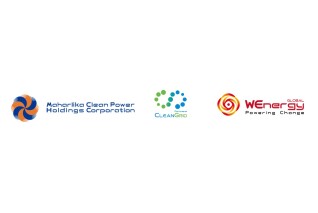 Brief Profile of Consortium Partners:
Maharlika Clean Power Holdings Corp. ("MCPHC"), is a Joint Venture Company based in Metro Manila, duly organized and incorporated under the laws of the Republic of the Philippines. MCPHC is focused on advancing last mile delivery solutions for rural electrification across the Philippines, beginning with our pioneering investment and majority ownership (75%) of the world-class SREC microgrid in Sabang, City of Puerto Princesa, Palawan, under the Philippine Government QTP rules and regulations. MCPHC has access to local and international technology partners and financing institutions aiming at contributing to the SDGs and supporting Climate Actions.

CleanGrid Partners Pte Ltd. ("CGP"), is a Joint Venture Company based in Singapore, duly organized and incorporated under the laws of the Republic of Singapore. CleanGrid Partners Pte Ltd is established by industry leaders WEnergy Global Pte. Ltd. (Singapore), TEPCO PowerGrid Corporation (Japan), via Greenway Grid Global Pte Ltd (Singapore), and ICMG Partners Pte. Ltd. (Singapore). CGP is focused on investing, owning and operating off-grid power infrastructure electrifying rural communities, new townships and industrial estates using advanced storage systems and smart financing to create world class solutions for clean, reliable and affordable electricity for consumers, communities and host countries. CGP, as an investment company, intends to contribute to the Climate Change agenda and the SDGs in the ASEAN region with the development of a portfolio of USD 500 Million of clean power infrastructure. We refer to:

WEnergy Global Pte Ltd ("WEG"), a company duly organized and incorporated under the laws of the Republic of Singapore. WEG is a leader in development, designing, building, owning, financing and operating renewable energy power infrastructure, including power generation, energy storage and transmission and distribution systems. WEG has been the creator of SREC, ASEAN's first clean microgrid comprising 14 km of transmission and distribution lines powered by a hybrid power generation system consisting of solar PV (1,400 kWp), Diesel generators (1,200 kW) and a 2,400 kWh Battery Storage System. WEG, jointly with and as shareholder of CGP, has been working with technical specialists of TEPCO PowerGrid on developing microgrids in Papua New Guinea and Myanmar, and WEG has carried several investments studies on the decarbonization of existing diesel-powered island grids through the use of solar PV and Battery Storage Systems ("BSS") Indonesia townships on Pulau Sumba in Nusa Tenggah Tengara (NTT). WEG is also a key provider of several types of services related to rooftop solar for commercial and industrial clients in Philippines (through WEnergy Power Pilipinas Incorporation), Singapore and Indonesia. WEG won several international awards for sustainability and innovation, including its design and construction work for the off-grid illumination of the 23 km of ring road of the Bangkok International Airport, using solar PV, BSS and high-quality LED lighting that had zero defects in the past 7 years of being into operation. We refer to:

Jointly, the Consortium members have been operating their flagship investment – the Sabang Renewable Energy Corporation (SREC) in the World Heritage site of Sabang, Barangay Cabayugan, City of Puerto Princesa, Palawan under the same QTP program and under the auspices of PALECO since August 2019, and have even strengthened our commitment to 24/7 operations of our host community throughout the many challenges posed by the Global Pandemic and Typhoon Odette. The performance of the SREC QTP has more than surpassed the compliance requirements used to measure the performance of electric utilities in the Philippines.

Additional Videos of the Sabang Renewable Energy Corporation, the first full-compliant Microgrid in ASEAN and the Philippines:

SREC as the Winner of the Dr Albert Winsemius Award '22 of the Dutch Chamber of Commerce in Singapore in the category of Outstanding Performance: