SINGAPORE - ACN Newswire - 26 April 2022 - Singapore's homegrown electricity retailer Union Power Pte Ltd (Union Power) has been appointed as distribution partner for a proposed US$5 billion project promoted by Anantara Energy Holdings Pte Ltd (Anantara) to generate renewable energy in Indonesia and export up to 4 TWh of it to the city state.

Anantara's project involves generating up to 3.5 GW of solar photovoltaic (PV) energy from a 4,000-hectare site in the Riau Islands and a battery capable of storing up to 12 GWh - one of the largest in the world - before being connected to Singapore via an undersea cable.

The electricity import is subject to licensing approval from the Energy Market Authority of Singapore which has announced major plans to diversify its energy mix into renewables and reduce its reliance on liquified natural gas, and transition towards carbon neutrality by 2050.

Singapore's green plans include the importation of clean renewable energy from neighbouring countries.

Union Power, a member of homegrown Union Energy Corporation Pte Ltd (UEC) which has more than 40 years of business history, will be involved in retailing a significant portion of the imported clean energy to its base of 22,000 residential and business customers, leveraging upon the Company's deep domain knowledge and extensive network in Singapore.

The partnership is part of Union Power's strategies to diversify towards solar and renewable energy, as the Company seeks to transform its business to support Singapore's green plans. Through its solar arm Union Solar, Union Power installs, operates and finances solar PV systems on the rooftops of commercial buildings, allowing customers in Singapore to enjoy competitive solar energy tariffs compared to conventional retailer tariffs. To date, Union Solar has been building a pipeline of 11 commercial & industrial projects, and expects demand to grow in the months ahead.

Other efforts include building infrastructure for Electric Vehicle charging, as well as a partnership with a Dutch company to distribute a flexible light-weight solar foil which can be wrapped around structures, eliminating the need for supporting frames and structures and providing greater versatility of locations to harness solar power.

The agreement between Anantara and UEC, along with the formal joint-development agreement for the Anantara partnership and Anantara's Memorandum of Understanding with Riau Islands Province, were signed on 19 April in the Indonesian embassy in Singapore in the presence of Ambassador His Excellency Mr Suryo Pratomo and the Governor of Riau Islands Province Mr Ansar Ahmad.

Union Power's Executive Director Ms. Ellen Teo said, "It is a great honour for Union Power to be part of this prestigious project. We remain committed to the Singapore Government's vision for a greener energy market, and believe our intimate knowledge of the issues faced by Singapore consumers will add significant value to the project. This partnership will be one of the most significant that we have undertaken, and will no doubt lead to even more opportunities in the near future. We accept this with deep honour and heartfelt commitment."

Simon G. Bell, Managing Director and CEO, Quantum Power Asia said, "Partnering with Union Power is a foundational strategy for ensuring strong execution capability in Singapore that will lead to Anatantara delivering excellence in making available clean electricity in the Singapore market. Along with ib vogt, we look forward to a long-term relationship with the Union Power team."

David Ludwig, Director Asia Pacific, ib vogt, said, "We are very enthusiastic about the partnership, which combines the strengths of Union and Quantum, for the Singapore import tender. Each consortium member is a leader in their respective fields and together we are able to provide a very competitive and compelling offer to substantially contribute to Singapore's decarbonisation efforts as well as the economic development of the Riau Islands." 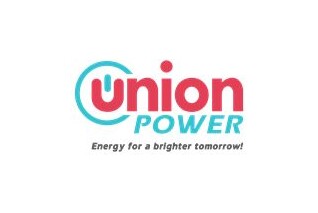 About Union Power
Union Power Pte Ltd is a leading digital energy retailer, licensed by Singapore's Energy Market Authority. The Company is a subsidiary of Union Energy Corporation - the largest bottled-gas supplier in Singapore, which has over 40 years of operating track record in the business of retailing LPG, Natural Gas, Diesel and Electricity in the Commercial, Industrial and Residential markets.