Reckitt Benckiser and its brand Dettol promote Global Handwashing Day and support over 10,000 families in need to ‘Seize the Childhood and Keep On to Protect Our Future’

HONG KONG SAR - Media OutReach - 14 October 2022 - The sense of touch is the primary way young children bond with their parents and peers. It is also through physical touch that they learn and explore the world around them. From the first of its kind 'Hong Kong Children's Touch Survey'[1] conducted by Reckitt and its brand Dettol, it revealed that the deprivation of touch during the pandemic has led to varying degrees of impact on the early development of young children in Hong Kong. In response to the Global Handwashing Day on 15 October[2], Dettol actively promotes the importance of maintaining personal hygiene amongst parents and their children. Working with its network of Hong Kong charity partners[3], Reckitt is donating Dettol products to over 10,000 families in need to 'Seize the Childhood and Keep On to Protect Our Future'.

Hygiene concerns during the COVID-19 pandemic have led to drastically reduced children's exposure to the outside world. This was corroborated by the survey findings of 300 Hong Kong parents of children aged between 2 and 5 years. The surveyed parents typically cautioned their children against touching objects and other people, including things in public areas (e.g., banisters, lift buttons, door handles, and railings etc.) (78%); strangers (74%), things on the street (e.g., goods at supermarkets or shops) (69%), playground facilities (e.g., slides, swings, climbing frames, ball pits, merry-go-rounds etc.) (51%), as well as flora and fauna in nature or outdoor areas (e.g., grassland, beaches, stray animals etc.) (49%). Additionally, 70% of surveyed parents said that they avoided touching or hugging their young children before disinfection upon arriving home.

Multisensory learning method incorporating the haptic exploration of different objects could positively enhance the learning effectiveness of young children[4]. In the survey, 70% of parents said their children loved touching objects around them. However, more than 60% of parents said they would intervene when their children were about to touch something or some people that seemed unhygienic, such as calling out to stop them[5] and immediately disinfecting their hands. The parents' instant reactions may unwittingly suppress their children's desire to explore their surroundings and may even cause them to associate negatively with connecting with the outside world.

The lack of interpersonal touch could severely impact the social and cognitive development of young children[6]. Close to 70% of surveyed parents were concerned that touch deprivation would lead to stunted growth in their young children. During the pandemic, they observed the varying degrees of impact on their children's personality, psychological development, language development, interpersonal skills, and learning ability. Some parents said that their children became more inhibited, unsociable, bashful, and easier to be frightened, with some reporting that their children became easily startled whenever someone approached them, and they seemed to struggle to relax regardless of circumstances.

The survey has found that 63% of parents insisted on touching their children only after completing at least two steps or more of the disinfection process, which involved washing their hands with handwash (69%), taking a shower (58%), and changing their clothes (56%). Children have acquired a certain level of hygiene awareness from their parents during the pandemic. For example, 75% of young children have learnt to clean their hands proactively, and 55% would wash their hands for an average of six times or more daily. Up to 80% of parents hoped their children could continue the personal hygiene habits after the pandemic to prevent the threat of other viruses. Hygiene issues were often the cause of conflicts between the surveyed parents and other family members, with such conflicts more frequent with their elderly parents and in-laws (47%) and spouse (38%). The findings show that better communication is needed to help the family as a whole to reach a consensus on hygiene standards.

Reckitt and Dettol to 'Seize the Childhood' and support over 10,000 families in need

"As a father of three, I can empathise with the surveyed parents for the concerns and anxiety they have had during the pandemic. While physical distancing could help contain the spread of the virus, it also reduced the opportunities for young children to explore their surroundings. Finding the right balance here is crucial to the healthy development of children," said Boudewijn Feith, Reckitt General Manager Hong Kong/Taiwan. "At Reckitt, we put people first and we are committed to providing our consumers with high-quality hygiene protection in pursuit of a cleaner and healthier world with one of the most trusted antiseptic brands, Dettol. In response to the Global Handwashing Day on 15 October, Reckitt and our brand Dettol launch the 'Seize the Childhood and Keep On to Protect Our Future' campaign at PARKnSHOP stores. We believe that consistent personal hygiene habits will give parents the peace of mind to let their children explore the world, unlock their potential, and enjoy a happy and healthy childhood."

During the promotion period from tomorrow (14 October) to 15 December, with any purchase of Dettol personal care products of a designated amount at PARKnSHOP stores in Hong Kong and Macau, consumers will entitle to a cash coupon that can be used in the next purchase. Meanwhile, Dettol will donate hygiene and disinfectant products to Reckitt's network of Hong Kong charity partners3, expected to benefit over 10,000 families in need. The amount of rebate and donation will be doubled on 15 October to celebrate the Global Handwashing Day.


*Present the cash coupon to save HKD/MOP 5 or HKD/MOP 10 for a single purchase of Dettol personal care products (handwash, hand sanitiser, shower gel, and soap products) worth HKD/MOP 30 or HKD/MOP 70 respectively at PARKnSHOP stores.


[1] Reckitt and its brand Dettol conducted an online survey of 300 parents of children aged between 2 and 5 years in September 2022.

[2] Global Handwashing was established by United Nations in 2008 with an aim to promote the importance of handwashing with soap as an effective way to prevent diseases (https://globalhandwashing.org/global-handwashing-day/). 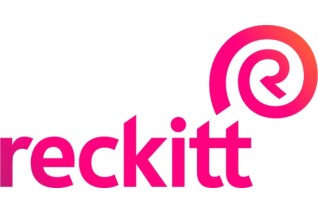 About Reckitt:
Reckitt* exists to protect, heal and nurture in the relentless pursuit of a cleaner, healthier world. We believe that access to the highest-quality hygiene, wellness and nourishment is a right, not a privilege.

Every day, more than 20 million Reckitt products are bought globally. We always put consumers and people first, seek out new opportunities, strive for excellence in all that we do and build shared success with all our partners. We aim to do the right thing, always.

About Dettol:
The brand first started in hospitals 80 years ago, where Dettol Antiseptic Liquid was first used for the cleaning and disinfection of skin during surgical procedures. As a trusted brand by doctors, Dettol was also used to protect mothers from illness after childbirth.

Ever since then, Dettol has been trusted around the world to help prevent wounds from infection, prevent sickness and help mums protect their families by killing harmful germs and helping to create safe environments for them to thrive in.

The brand continues to be one of the most trusted protectors of health. It's still valued today as a reliable and effective product which is safe to use on skin but also powerful enough to use for environmental germ-killing tasks. 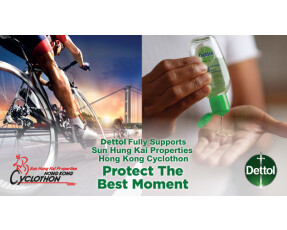 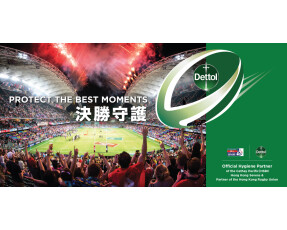