Kenneth Lai, Chief General Insurance Officer, AXA Hong Kong and Macau, said, "Domestic helpers have been playing an increasingly important role in many families in Hong Kong. With the strong and still growing demand for domestic helpers, we are delighted to partner with HSBC to offer the comprehensive helper protection 'HelperShield Insurance', providing extensive coverage for both employers and domestic helpers, while giving them reassurance in dealing with unexpected issues. With 'HelperShield Insurance', it means employers can take good care of their helpers, while the helpers take care of their household chores."

Daisy Tsang, Chief Distribution and Customer Officer, Hong Kong, HSBC Life, said, "Our domestic helper insurance has always been well received by the market given it is readily available online with a simple and straightforward customer journey. We are delighted to partner with AXA again to launch an elevated version of our domestic helper insurance with added features and more extensive coverage. We believe the extended cover for local domestic helpers and postnatal care helpers echoes with our commitment in facilitating inclusion via various products, providing more customers with the right protection they need."

HelperShield Insurance provides comprehensive protection and value-added services to cover both employers and domestic helpers, including:

In addition, HelperShield Insurance especially provides optional critical illness benefits for foreign domestic helpers, covering related medical treatment expenses for surgery or treatment of the covered major critical illnesses, up to HKD50,000 per policy year. In the event of death of the foreign domestic helper, an annual leave allowance1 up to HKD500 per day taken, as well as trauma counselling benefits are offered to support the employer through the journey.

AXA and HSBC fully understand that the cost of employing a new foreign domestic helper has been surging amid the pandemic. In view of this, HelperShield Insurance covers replacement expenses up to HKD5,000 per policy year1 if the replacement is required due to events such as the sudden departure of a foreign domestic helper without prior notice, early termination of an employment contract that happens more than 2 times in a year.

HelperShield Insurance enables the employer to meet the statutory requirement by providing up to HKD100,000,000 per event for his/her liability as an employer of a helper.

An emergency is unpredictable and can happen at any time. With HelperShield Insurance, policyholders with all types of helpers can enjoy the full support of an unlimited free 24-hour home assistance hotline service provided by AXA Assistance. This includes a variety of referral services, such as local (part-time) domestic helper and postnatal care helper referral and foreign domestic helper advisory service, free referral for legal and arbitration service for disputes with helpers or employment agencies, offering free referral service in response to unexpected events in daily life.

From now until 31 October 2022, customers who purchase "HelperShield Insurance" will be entitled to the following discounts:

2 The act of fraud or dishonesty must be committed during the period of insurance and discovered during the period of insurance or within 30 days after the policy expiry or within 30 days after death, dismissal or expiry of employment contract of the insured helper, whichever is the sooner, and the discovery must be reported to the police within 24 hours of the discovery.

AXA Hong Kong and Macau
AXA Hong Kong and Macau is a member of the AXA Group, a leading global insurer with presence in 50 markets and serving 95 million customers worldwide. Our purpose is to act for human progress by protecting what matters. As one of the most diversified insurers offering integrated solutions across Life, Health and General Insurance, our goal is to be the insurance and holistic wellness partner to the individuals, businesses and community we serve. We embrace our responsibility to be a force for good to create shared value for our community.

The Hongkong and Shanghai Banking Corporation Limited is the founding member of the HSBC Group. HSBC serves customers worldwide from offices in 63 countries and territories in its geographical regions: Europe, Asia, North America, Latin America, and Middle East and North Africa. With assets of US$2,985bn at 30 June 2022, HSBC is one of the largest banking and financial services organisations in the world.

Certain statements contained herein may be forward-looking statements including, but not limited to, statements that are predictions of or indicate future events, trends, plans or objectives. Undue reliance should not be placed on such statements because, by their nature, they are subject to known and unknown risks and uncertainties and can be affected by other factors that could cause AXA's actual results to differ materially from those expressed or implied in the forward-looking statements. Please refer to Part 4 - "Risk factors and risk management" of AXA's Universal Registration Document for the year ended December 31, 2019, for a description of certain important factors, risks and uncertainties that may affect AXA's business, and/or results of operations. AXA undertakes no obligation to publicly update or revise any of these forward-looking statements, whether to reflect new information, future events or circumstances or otherwise, except as part of applicable regulatory or legal obligations. 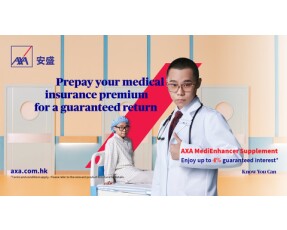 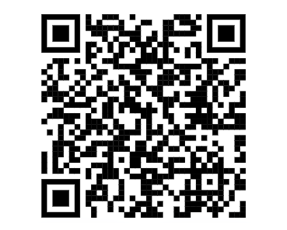 AXA BetterMe Weekend comes back on 8 to 9 October