CPA Australia estimates the Hong Kong SAR Government will record a HKD37.1 billion fiscal deficit for 2021-22 and fiscal reserves will be HK$ 865 billion. These estimates take into consideration projected revenue, expenditure and adjustments for the year.

Mr Anthony Lau, Co-Chairperson of CPA Australia's Taxation Committee – Greater China said, "As one of the earliest proponents for the distribution of consumption vouchers to support the local economy, we are delighted to see the better-than-expected results of the consumption voucher scheme. Our members tells us the scheme has supported many businesses through increased customer spending and accelerated digital transformation.

"This year, we recommend the government consider offering an enhanced two-tier version of the scheme to help defend the economy from the fifth Covid-19 wave by boosting local consumption. Subject to affordability, the base amount could be up to HK$3,000 for all eligible Hong Kong residents. The second tier, targeting vulnerable groups such as low-income earners, could receive an additional payment of up to HK$3,000 to alleviate their financial burden. These vouchers will continue to promote the uptake of digital payment technologies in Hong Kong.

Mr Janssen Chan, Co-Chairperson of CPA Australia's Taxation Committee – Greater China said, "According to the latest government figures, monthly average over 100,000 private sector job vacancies were recorded in the fourth quarter of 2021, representing a surge of nearly a 75 per cent year-on-year. Labour and talent shortages at this level present a real risk to Hong Kong's economic growth and long-term competitiveness.

"We recommend the government consider introducing measures to address this issue, such as allowing non-local students to stay longer in Hong Kong. This could be done by extending the initial 12 months time limitation under the Immigration Arrangements for Non-Local Graduates.

"Facing the dual challenges of labour and talent shortages and an ageing population, the government should encourage more employers to hire or reemploy Hong Kong residents aged 60 and above. To achieve this, we suggest increasing the maximum amount of on-the-job training allowance for employees aged 60 and over under the Employment Programme for the Elderly and Middle-aged to HKD8,000. The government should also consider introducing an additional tax deduction on salaries for companies hiring employees aged 60 and over, with a suggested cap of HK$120,000 per employee per year. We hope the government will invest sufficient resources to address these perennial societal issues."

Chan said, "We are pleased that the government acted quickly in response to the fifth Covid wave by announcing further support for hard-hit sectors through the HK$ 3.75 billion fifth round of the Anti-epidemic Fund. However, based on experiences in other markets, we expect the negative impacts on businesses of this wave will last for several months, especially for SMEs.

"Given the uncertain short-term business outlook created by the fifth wave, we suggest the government consider introducing a series of measures to support SMEs. These include extending the maximum duration of principal moratorium to 30 months for the 80 per cent Guarantee Product, 90 per cent Guarantee product and Special 100 per cent Loan Guarantee under the SME Financing Guarantee Loan Scheme. The application period for the Special 100 per cent SME Financing Guarantee Loan Scheme should also be extended to the end of 2022. The Pre-approved Principal Payment Holiday Scheme should be extended until the end of October 2022.

Lau said, "Eighty-four per cent of surveyed members believe that changes should be made to the Hong Kong tax system as a response to the city's inclusion in the European Union's "Grey List" of non-cooperative tax jurisdictions. Further, 39 per cent believe that the proposed global minimum tax regime will be a significant concern to their organisation's growth objectives.

"With these developments creating uncertainty for businesses, we suggest the government announce measures to address the city's inclusion in the "Grey List" and provide details on how they will respond to BEPS 2.0, including clarity on the implementation of a domestic minimum tax.

"To maintain Hong Kong's international competitiveness in a changing tax environment, we suggest the government commission a comprehensive reform of the tax system. Such a review should focus on the three 'Cs' – certainty, clarity and consistency." 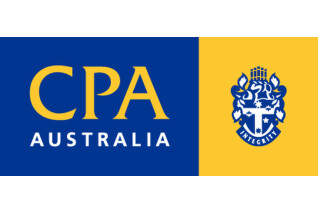 CPA Australia is one of the largest professional accounting bodies in the world, with more than 168,000 members in over 100 countries and regions, including more than 21,000 members in Greater China. CPA Australia has been operating in Hong Kong since 1955 and opened our Hong Kong office in 1989. Our core services include education, training, technical support and advocacy. CPA Australia provides thought leadership on local, national and international issues affecting the accounting profession and public interest. We engage with governments, regulators and industries to advocate policies that stimulate sustainable economic growth and have positive business and public outcomes. Find out more at 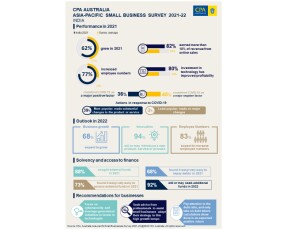 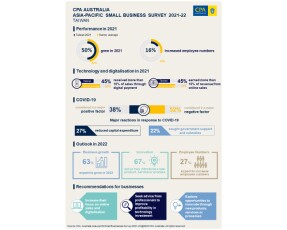