SINGAPORE - Media OutReach - 12 October 2021 - Virtuos, a leading global video game development company, today announced the establishment of a new studio in Lyon, France's second major video game development center after Paris. This expansion is a key part of Virtuos' buy-and-build strategy to increase its global footprint, as well as its proximity to clients.

The studio's founding team of 12 experienced programmers will be led by Aurélien Kerbeci and Domenico Albani.

Aurélien Kerbeci, Studio Director, will oversee Virtuos Lyon's studio operations. Aurélien has over 17 years of video game industry experience, including a team lead role at ELB Games and his subsequent founding of Agharta Studio, where he developed original game franchises for mobile, desktop, and PlayStation platforms.

Domenico Albani, Technical Director, will lead the studio's game development team. Domenico, who was the former co-founder of OSome Studio, brings with him close to 20 years of experience across gameplay, tech programming and engineering, as well as software architecture at leading video game development companies such as Eden Games.

"We're excited to welcome Aurélien, Domenico, and the rest of the talented founding team at Lyon to the Virtuos family. Not only is the team culturally aligned with Virtuos, they are also equipped with the deep engineering and domain expertise that will play a critical role in ensuring our continued success. With this expansion, we are well-positioned to accelerate our growth to meet and exceed the demands from our clients," said Christophe Gandon, Head of Game Division at Virtuos.

"As we continue to collectively chart new territories in the gaming sector, Virtuos' keen focus on upskilling its workforce ensures that employees remain at the forefront of new techniques and technologies. We are invested in continuous talent development, and in line with our growth trajectory, are always on the lookout for people to join our teams," said Aurélien Kerbeci, Studio Director, Virtuos Lyon.

"It's an honour to join a company as esteemed as Virtuos, and together, we look forward to pushing the envelope in our industry, where cutting-edge technology is concerned. We're excited to share our knowledge with the wider team and to closely collaborate with our colleagues in Paris and across the world to deliver the best gaming solutions to our partners," said Domenico Albani, Technical Director, Virtuos Lyon.

Virtuos' opening of its Lyon studio comes on the back of a USD150 million investment from Baring Private Equity Asia in September to finance its buy-and-build strategy in different geographies and fast track investments across its global studio network.

The issuer is solely responsible for the content of this announcement. 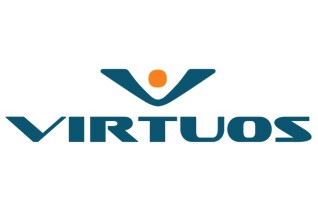 For over a decade, Virtuos has successfully delivered high-quality content for more than 1,300 projects and its clients include 18 of the top 20 digital entertainment companies worldwide. More information at