SINGAPORE - Media OutReach - 22 July 2021 - Microsoft today released findings of its 2021 Global Tech Support Scam Research report that looks at tech support scams and their impact on consumers. The survey saw an overall fall in scam encounters – three out of five consumers (59%) were found to have been targeted by a tech support scammer in the last 12 months, a drop from 64% in 2018. One out of six consumers (16%) were then tricked into continuing with the scam, a three-point decrease from 2018.

Of those surveyed, Gen Zers (aged 18-23) and Millennials (aged 24-37) were found to have continued interactions most when targeted with the scams – 23% for both age groups. Across the Asia Pacific (APAC) countries surveyed, results were diverse: Consumers in India were three times more likely to continue with a scam interaction (49%) than the global average (16%), while consumers in Japan performed best globally, with only 5% of those surveyed proceeding to interact with a scammer. Australia (19%) and Singapore (14%) saw rates on-par with the rest of the world.

Each month, Microsoft receives about 6,500 complaints globally from people who have been the victim of a tech support scam; this is down from 13,000 reports in an average month in prior years. To better understand how the problem with tech support scams is evolving globally and to enhance efforts to educate consumers on how to stay safe online, Microsoft commissioned YouGov for this global survey in 16 countries[1], including four APAC markets – Australia, India, Japan and Singapore. This is a follow-up to similar surveys that Microsoft fielded in 2018 and 2016.

Mary Jo Schrade, Assistant General Counsel, Regional Lead, Microsoft Digital Crimes Unit Asia, said: "Tech support scams are perpetrated globally and target people of all ages. While we do see progress made in the percentage of people who declined to engage with the scammers, there is continued need to monitor and address how the attacks are evolving. Tactics used by fraudsters to victimize users online have evolved over time, from pure cold calling to more sophisticated ploys, such as fake "pop-ups" displayed on people's computers. Across the diverse region of Asia Pacific, we are seeing attack rates vary according to demographics and habits – yet tech support scams continue to affect all countries. We are committed to online safety and hope these survey findings will help to better educate people so they can avoid becoming victims of these scams."

The global fall in scam exposure rates between 2018 to 2021 was largely driven by a reduction in scams involving pop-ups (-8%) as well as those with redirects to websites (-7%). This trend was also reflected in the region, with Japan recording the greatest decrease among the APAC markets surveyed, at a 12-point drop for encounters relating to pop-ups and a five-point drop for website scams across the same period. Australia, India, and Singapore also saw decreases of four, five and one points around pop-ups respectively and two, one and three points around website scams, respectively.

On a global level, there was a one-point increase in consumers losing money during the scam interaction in 2021 (7%) as compared with 2018 (6%). This trend was also seen in the APAC markets with Japan (3%) and Singapore (5%) recording a one-point increase from 2018 to 2021; Australia (9%) recorded a three‑point increase during the same period. More significantly, about a third of consumers in India (31%) who continued with such scams lost money as a result, an increase of 17 points from 2018 (14%).

Millennials, Gen Zers, and males most likely to fall victim to scams

Microsoft is seeing younger people fall prey to tech support scams more often, particularly the Gen Zers (aged 18-23) and Millennials (aged 24-37). Globally, one out of 10 Millennials and one out of 10 Gen Zers that encountered a scam fell for it and lost money. This is correlated to the higher engagement that younger people have with riskier online activities, such as using torrent sites (16% for Gen Z; 15% for Millennials) and sharing email addresses in exchange for content (30% for Gen Z; 28% for Millennials).

Computer problems the most common issue during scam interactions

Among those who continued with a scam, the most common issue experienced globally during the interaction was computer problems (30%), followed by compromised passwords (23%), and fraudulent use of credit/debit/store cards (18%).

Following a computer-related scam, 77% in Australia and 82% in India surveyed spent time checking and repairing their computer, slightly higher than the global average of 76% in 2021. It is crucial to carry out checks, as some scammers are known to install malware on computers, allowing them to maintain remote access to people's computers long after the victims believed the interaction was terminated.

What Microsoft is doing to combat scams

The Microsoft Digital Crimes Unit (DCU) is working to help combat this issue by partnering with law enforcement, strengthening technology, and educating consumers. Microsoft has been fighting against tech support scams since 2014 and has supported law enforcement officials to take legal action against scammers across the years in Asia, the U.S., and Europe.

The DCU works to combat tech support scams by (1) investigating tech support fraud networks and referring cases to law enforcement as appropriate, (2) strengthening Microsoft's products and services to better protect consumers from various fraudulent tactics, and (3) educating consumers about this type of fraud by providing guidance and resources on how to identify, avoid, and report them.

"Tech support scams will remain an industry-wide challenge until sufficient people are educated about these scams and can avoid them. The best way consumers in Asia Pacific can protect themselves is to learn about these scammers are targeting people, be suspicious of any unsolicited contact from purported tech company employees and avoid letting people they do not know remotely access their computers," added Mary Jo.

Microsoft recommends keeping in mind the following tips should consumers receive a notification or call from someone claiming to be from Microsoft or any other reputable company:

Learn more about how consumers can protect themselves from tech support scams here.

Note to editors: For more information, news and perspectives from Microsoft, please visit the Microsoft News Center at http://news.microsoft.com/. Web links, telephone numbers and titles were correct at time of publication, but may have changed. For additional assistance, journalists and analysts may contact Microsoft's Rapid Response Team or other appropriate contacts listed at https://news.microsoft.com/microsoft-public-relations-contacts. 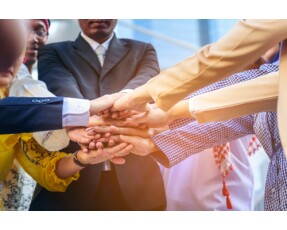